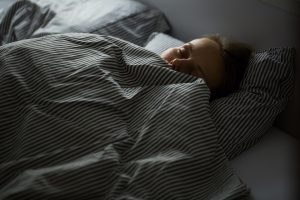 Sleep apnea is a serious condition affecting millions of Americans, but it wasn’t mentioned in any medical literature until 1965. We’ve come a long way since then, and sleep apnea is one of our specialties at Sleep Apnea and TMJ Solutions in Brentwood and Murfreesboro TN.

The symptoms of sleep apnea were known before it was recognized and given a name. In its most common form, it involves an obstruction in the airway during sleep. This is obstructive sleep apnea (OSA), and because of it, the sleeper’s breathing stops and starts repeatedly. The brain is deprived of oxygen.

There are two other forms:

But OSA is easily the most common form of sleep apnea.

The big breakthrough in treating sleep apnea came in the early 1980s with the introduction of continuous positive airway pressure, or CPAP for short. CPAP is a device in which a steady flow of air is delivered through a mask worn during sleep. It’s highly effective, but even though new models of CPAP mask have been developed, a lot of people can’t stand wearing it.

A newer treatment is an oral device that repositions the jaw during sleep. It looks a lot like an ordinary mouth guard, and many sleep apnea patients find it more comfortable than CPAP. It’s also very effective.

At Sleep Apnea and TMJ Solutions in Brentwood and Murfreesboro TN, sleep apnea and its treatment is our specialty. If you or someone close to you is coping with sleep issues, please give us a call to schedule an appointment today!